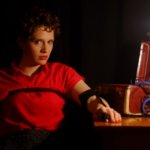 Digital technology is central to the lives of young Quebecers, but their skill acquisition and appropriation are uneven, as the world goes through major technological transformations. Here is what recent statistics are telling:

In order to connect with youth and to get to know their digital reality, Printemps Numérique, supported by the Quebec Secrétariat à la Jeunesse, is launching its Digital Cafés tour. A series of free technology exploration events are organized in 6 Quebec regions: Montreal, Saguenay–Lac-Saint-Jean, Capitale-Nationale, Estrie, Abitibi-Témiscamingue, and Mauricie.

“Quebec is a digital leader. Our position on the global scene gives us a responsibility in regards to future generations,” says Mehdi Benboubakeur, director of Printemps Numérique. “The wealth of our ecosystem allows us to offer original experiences to hundreds of young people.”

Two age groups 13–17 years old and 18–29 years old are targeted. The main goal is to raise awareness about the potential and the transformations of digital technology. Topics include virtual reality spaces, humanoid robots, 3D printing, 360-degree video, and more!

The Digital Cafés are part of the Youth QC 2030 project, supported by the Quebec Secrétariat à la Jeunesse. It was developed to give access to technology to youth aged between 13 and 29 from various backgrounds in order to prevent the creation or expansion of a “digital divide”.

Youth QC 2030 also touches upon research and consultation axes. Printemps Numérique, in collaboration with UQAM’S Canada Research Chair in Sociocultural Issues of Digital Technology in Education, will seize the opportunity presented by the youth gatherings to improve the still basic research on the subject, collecting and analyzing data on their skills in digital literacy. Furthermore, this fall will mark the start of the first cross-sectoral and interregional committee on digital literacy with different players.

“Quebec stands out by its dynamism in the digital field. However, our youth remains uneven in their acquisition of skills in this sector. Youth QC 2030 wishes to give equal chances to everyone to evolve and get involved by offering practical solutions and collaborative actions imagined by young people. The project will also create the first cross-sectoral network around digital literacy, which will be a source of reflections and exchanges of good practices,” says Suzanne Gouin, Chairwoman of the Board, Printemps Numérique.

Youth QC 2030 is part of the 2016–2021 Youth Action Strategy of the Quebec Secrétariat à la Jeunesse. The project also explores the possibilities offered by digital technology to contribute to the progress of the objectives of the Quebec Youth Policy.

“Young people have a great role to play in the digital evolution of Quebec. They are the voice of a generation who, in most cases, will work in that field. The Government of Quebec is happy to be able to count on Montreal Digital Spring to help young Quebecers to use digital technology and to accompany them in their professional growth,” says Karine Vallières, Parliamentary Assistant to the Premier (youth).

Dates of the Digital Cafés

For details on the programming of the Digital Cafés and to sign up:

The Youth QC 2030 project – supported by the Quebec Secrétariat à la Jeunesse – aims to establish equal opportunities for youth aged between 13 and 29 by supporting the development of digital literacy skills, hence reducing the digital divide observed between different types of demographic groups. This project is produced in collaboration with UQAM, MITACS, Zorabots, Tobo studio, Grandir sans Frontières, and ISART Digital.

The diverse programming of Printemps Numérique makes digital arts more accessible to a larger audience while attracting an international clientele. This great initiative strengthens Quebéc’s position as a creative capital, fosters emerging and original practices, and encourages collaborations by linking the communities that enliven it, namely creation, production, broadcasting, research, industry, tourism, and institutions such as museums and universities. 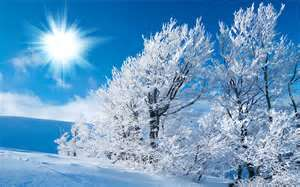