Concluding the thematic trilogy that began with 2015’s Sicario and last year’s Hell or High Water, Taylor Sheridan’s Wind River is a spare, brutal, and somewhat problematic neo-western crime thriller. Unlike his scripts for Sicario and Hell or High Water, Sheridan opted to direct Wind River himself, proving to be an adept and attentive filmmaker, though not without a few notable flaws.

When expert tracker and game hunter Cory Lambert (Jeremy Renner) discovers the body of Natalie Hanson (Kelsey Asbille) on Wyoming’s Wind River reservation, he is recruited by rookie FBI agent Jane Banner (Elizabeth Olsen) to help in the investigation, using his close ties to the region’s Native American community and vast knowledge of its harsh environs to help piece together the events leading up to the 18-year-old woman’s death. The case is a stark reminder for Cory of his own daughter, who was found dead years earlier under similar circumstances. The tragedy led to the dissolution of his marriage to Wilma (Julia Jones), a Wind River resident with whom he shares a young son. The film’s ambience and regional character are evocatively rendered in both bleakness and beauty. The score by Nick Cave and Warren Ellis is haunting and ethereal, draping over the wide, snowy landscapes as though it were as natural as the wind. The music complements Ben Richardson’s vivid cinematography, which captures the piercing whites of the film’s wintry mountainsides, underscoring the conflicting vastness and isolation of life on a remote reservation.

Sheridan is at his best writing wounded, haunted men; the scenes that feel most honest are the ones between Cory and Natalie’s father Martin (Gil Birmingham), who have both suffered the loss of a child. These scenes are handled with care and depth, revealing resonant emotional truths about how men handle and mishandle grief. In arguably one of the finest supporting performances of the year, Birmingham is heart-wrenching as a father whose stoicism belies a frayed and wounded soul. Renner is on top form here, understatedly powerful as a man who has learned to live with a sorrow that will forever haunt him. It’s unfortunate that Olsen’s Jane Banner isn’t afforded the same care; having been flown from Vegas to Wyoming to conduct her investigation, it makes sense that the agent is out of her depth in an unfamiliar environment, but Sheridan makes a puzzling choice in having her be unrealistically ineffective for someone in her position. Sheridan seems to have a blind spot when it comes to his female characters, who tend to be thinly defined and ineffectual, and it’s arguably more distracting in Wind River than in his other works. Thankfully, Olsen’s a talented enough performer that some of these bumps are smoothed over, but it would have been nice for the material to match her talents.

Sheridan’s attempts at social commentary are admirable, though undercut by actually participating in the marginalization the film attempts to expose; Wind River is ostensibly about the ways in which Native women are victimized and ignored, but it does very little to develop its few Native female characters; for instance, while Gil Birmingham is given two pivotal scenes that showcase the depth of his character, Althea Sam, who plays Natalie’s mother, appears only briefly and has no dialogue.

It’s also difficult not to imagine what the film could have been like with a Native American lead; Sheridan tries to be respectful and nuanced in dealing with Cory’s relationship to the reservation, but the film can’t shake off the feeling that focusing primarily on two white characters underlines the film industry’s reticence in casting Native actors in lead roles, even in films set in their own circles.

Despite these unfortunate flaws, Wind River still offers an intimate peek into the stark, aching sadness that permeates isolated Native communities, continuing Sheridan’s preoccupation with America’s downtrodden after having previously explored Arizona’s lawless U.S.-Mexico border in Sicario and recession-plagued West Texas in Hell or High Water. Deftly building tension toward a gripping, white-knuckle third act, Sheridan’s Wind River may be uneven, but it manages to be a riveting and affecting modern western. 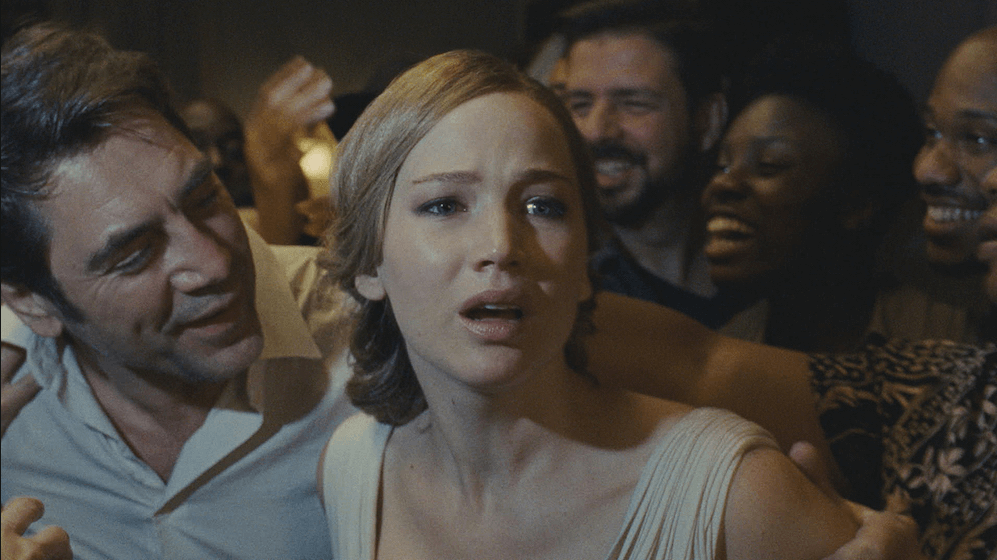