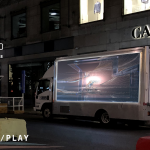 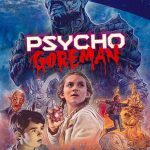 Debuting October 30th, 2020, “Wander” leads its listeners through the most epic adventure of all: the one within.

For those charmed by escape, few things are more alluring than exploring the wonders of a new world, or an alternate reality. In singer/storyteller Shayna Adler’s upcoming concept record, she takes a new approach to Americana, weaving storytelling with synths and psychedelic arrangements. Similar to a role-playing game (RPG) in which the lead character navigates an imaginary world, Shayna tells a continuous story: following the journey of one woman.

“At some point in the last few years, it dawned on me that my sound was, and should be, a reflection of who I am.”

With song stories that are in order chronologically, “Wander” was produced ‘on purpose,’ with foresight about the record’s discography. The album features legendary musicians Johnny Stachela (The Allman Betts Band) on the slide guitar, Greg Leisz (k.d. lang, Bon Iver) on the guitar and pedal steel, Mario Calire (The Wallflowers) on drums and percussion, Sasha Smith (Sam Morrow) on the piano, organ and wurlitzer, Mark Christian (Merle Jagger, Heather Myles) on the guitar and bass, and many more. “Wander” was engineered by Shayna Adler and Michael Dumas (Dwight Yoakam, Lucinda Williams).

Humbled by an experienced team, Shayna notes, “this album is only as good as the people who played on it.”

After crafting demos and pursuing artist development with Michael Dumas for a number of years, Shayna found her courage to stand onstage beginning in 2017. Since then, she’s played dozens of venues, completing a 15-show tour in 2019 from California to Portland, OR, to include a detour to the House of Blues in Dallas, TX. To date, she’s shared the stage with Robby Krieger (The Doors) and The New Experience; in addition, Shayna’s cover of “Cleopatra” landed her a semifinalist position in the 2019 Unsigned Only Music Competition in the Americana category.

Creatively industrious, Shayna is a one-woman wonder who enjoys trying on different hats, both literally while in-costume and figuratively, as she dreams up new musical experiences. In “Wander”, she found herself writing the songs, arranging, singing, engineering, producing, mixing, drawing her own artwork, sewing her own costumes and directing/editing her own music videos.

With a sense of fearlessness, she stands unafraid to push the limits; with each new chapter in her own story, she embraces every opportunity to grow into who she’s yet to be.

Be sure to catch “Wander” on October 30th, 2020, and come prepared to get lost in it. In Shayna’s words, “I wanted to create a world you can explore, or a story you can step inside.