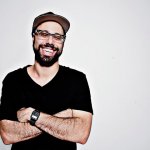 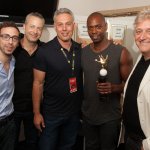 Fantasia International Film Festival is on full swing and so much is going on! I just got off the Just for Laughs/ Zoofest train but there was a show that caught my eye while reading my Fantasia press packages. The History of the Devil. What a title right. But wait, guess who wrote it… Clive Barker. CLIVE BARKER The genius behind the Hellraiser and CandyMan movies. Now if you’re like, “What the heck is Hellraiser?” or “Candyman sucked ass as a movie” I encourage you to watch them again. Please take into context the year the movie was made and yet how awesome it looked. How, despite it being a movie, you still didn’t have the guts to say Candyman 5 times in the mirror by yourself. I LOVE Hellraiser movies and for some reason they only like to show the fourth one Netflix (It’s canadian).

But he is also and author, a video game designer, film director and visual artist best know for his work in horror or fantasy. My kind of guy!

Read below the official press release of this amazing play with only 3 performances.

“_DOESN’T HE LOOK, IN HIS CONFUSION, IN HIS COWARDICE, AND IN THE PROFUNDITY OF HIS MISERY, A LITTLE LIKE US?__”_

The FANTASIA INTERNATIONAL FILM FESTIVAL and TITLE 66 PRODUCTIONS are excited to present the remount of the acclaimed THE HISTORY OF THE DEVIL, written by prominent author, film director and visual artist CLIVE BARKER. This visually stunning piece is the vision of Title 66 Productions’ Co-Directors JEREMY MICHAEL SEGAL and LOGAN WILLIAMS. Segal is also the show’s director, and Williams the set and costume designer along with performing in the show. Using specially created masks, the gifted cast of eight play 34 characters spanning thousands of years in this powerful, one-of-a-kind production. Clive Barker wrote, “If this story is worth telling it’s because it’s about being human. The Devil’s  tale is the tale of our own confusion, ego and inability to live without hope for Heaven.” THE HISTORY OF THE DEVIL tells the satiric tale of the Devil’s trial at the hands of the human race, with which he’s shared the world for millennia. If he can prove that it is humanity that is indeed culpable for his alleged crimes, he may return to paradise forever.
In a theatrical eruption of darkness, philosophy and humour, a seductively wide range of characters travel through time to tell the Devil’s story. Whether it is angels falling from heaven in a 1212 BC Russian winter, a decaying prison cell holding accused witches in Lucerne, or a boxing match in England with stakes high enough to make a man out of a machine, each testimony seamlessly transports the audience to that time period and reveals the Devil wearing a
different skin, until, by the end, he sheds them all. _THE HISTORY OF THE DEVIL_ exposes Lucifer as a fallen angel so like ourselves. Does the Devil deserve paradise? Do any of us?

Segal is honoured to be part of the Festival and the huge opportunity it offers Title 66 Productions, “The show has been met with such enthusiasm and having the chance to present our work at such a prestigious event is something we’ll always be grateful for and proud of.” For Segal, the play’s theme of humanity is key, “As human
beings, we are constantly searching for paradise; grasping at wisps of divinity, trying to understand our existence- terrified to die and disappear. We want so badly to be good that we delude ourselves into believing that evil cannot be natural to our being. History proves otherwise.” He maintains, “Perhaps by a trick of the light cast on that mirror we call Satan, the image of Lucifer may begin to distort and look a lot like us.” Segal hopes the play will spark discussions about what it means to be human. He also hopes audiences leave with an appreciation of the craft of theatre, “I’d like people to be inspired and see theatre as an entertaining art form, as exciting as film or television.” Throughout the creation process, Segal endeavored to respect Clive Barker’s mantra of ‘High art and low, intellect and spectacle, pretension and fun.’ Logan Williams started Title 66 Productions, a young, committed company, with fellow theatre program graduates ‘to continue deepening our artistic expression and defy constraint’. In THE HISTORY OF THE DEVIL he also plays the roles of Jesus and Lilith among others. The issue Williams finds most relevant is the pursuit of happiness
coupled with the capacity to be both cruel and forgiving at the same time,  “Do we deserve anything better than what we’ve been given? Do we judge and create images of others with scant knowledge? Is it fair, wrong or right?” For Williams, that’s ultimately for each audience member to decide.

Design is an integral part of all of Title 66’s projects for both Segal and Williams. Segal explains, “We strive to create innovative design concepts with strong aesthetic values interrelated with the themes of the plays and their stories.” For Williams,  THE HISTORY OF THE DEVIL’s set poses the question of flawlessness, “You’re struck by a sea of shining white mannequins against a landscape of angular building blocks and pops of yellow tangled rope- the colour of caution. We look at the pursuit of perfection and what it takes to become like those beautiful mannequins.” He continues, “From theatrically vibrant Victorian costuming, masks and painted faces, we shed layers, eliminating all but the body, heart, mind and soul; the most basic elements of a human being. By the end of the play we are left with empty space.”

“_THE DEMONICALLY TALENTED TITLE 66 ARE ABOUT TO BEAR YOU WITNESS TO DIVINITY_.”- Fantasia International Film Festival

It is TITLE 66 PRODUCTIONS’ mission to move theatre in an exciting direction, bringing forth new ideas of drama, art and performance to create work that is representative of art in the 21st century. Inspired by playwrights and artists including Chekhov, Brecht, Beckett, Dali, Bob Wilson and the Dada movement, the company looks to fuse acting at its purest base with an innovative design concept. They are gaining recognition as an ambitious company unafraid to take on large projects.

The History of the Devil is produced by Title 66 Productions presented as part of the Fantasia International Film Festival playing at Place des Arts- Cinquième Salle, 175 St. Catherine Street West, Thursday. August 1 to Saturday August 3, 8pm. Tickets are $24.00 (including all taxes and service charges) and call 514 842-2112 or  online at Place des Arts box office.

I will be there on Thursday night excited to get back to theatre, costumes, music and live entertainment. 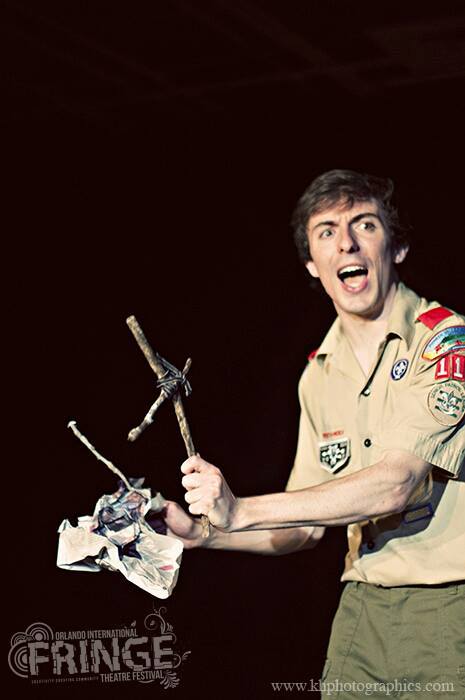