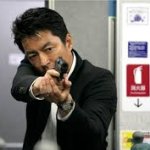 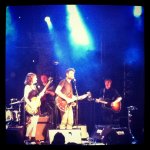 Continuing our extensive coverage of the Fantasia Festival, here is part two of our round table discussion with the cat, the robot, and the gorgon as they discuss the weird indie flick ANIMALS, the grotesque FRANKENSTEIN’S ARMY, and the lastest horror installment of V/H/S/2! Look for these films to hit your eyeballs sometime this year via cinema, netflix, or however you crazy kids watch movies these days.

Vagabond Spacecat: Next we saw ANIMALS, a dark and weird (and yet, oddly beautiful) coming of age tale from Spain about a boy, named Pol, and his stuffed bear, Deerhoof. It’s like Calvin & Hobbes… if Calvin was a somber teen with self-identity issues.

Demonobototron 6066: Or if the Dawson’s Creek kids went to Degrassi High and were directed by David Lynch.

MyzMyth: Yes, this film has a bit of everything and then some.  The disappearance of a student. Angst. Clashing brothers. School crushes– Girl loves boy/Boy loves other boy. Life. Death. Growing up. It’s an art film but it’s not one that hammers it’s artiness on the head of the viewer.

Spacecat: I liked this one. It was weird. Great acting from the mostly teenage cast. They really flesh out these characters and give them some depth and layering. You feel like you know these kids! And what an adorable creepy bear!

Spacecat: Getting back to the bear, there’s an otherworldly feel to it with the special effects that bring Deerhoof to life. The bear does everything from walk around to even rocking out on the drums while Pol plays guitar.

MyzMyth: He feels More lifelike than some drummers I know (just kidding, drummers!)

Spacecat: The computerized voice also gives him a weird sense of life. While the mechanical robot voice is a little unsettling–

Spacecat: It suits him perfectly. Everything about the stuffed bear was so well done that I wanted to see more of Deerhoof in the film, but then again I’m a giant cat wearing a space helmet, so I’m slightly biased when it comes to odd anthropomorphic characters. But yes, Deerhoof is awesome. I’ll commit the cardinal sin in indie cinema now and say that I want to see a prequel just so we can see more Deerhoof. He’s that awesome.

MyzMyth: He is awesome, and so is this film. It’s a rather touching, and funny (but at times very gloomy) look at the difficult time of being a teenager. Or even being alive. This film managed to touch on a lot of things. The ending was quite grim…

DBT6066: Yeah, there quite a few films this year at Fantasia that dealt with School Shootings, either directly or in passing, and this was one of them… that wasn’t the main subject of the film, but it’s worth noting because it’s definitely one of the more bizarre examples of it, and one the more visually interesting scenes in an already very visually interesting film.

Spacecat: Another cool thing is the soundtrack, comprised of various Spanish Punk and garage rock tunes. Loud. Quiet. Noisy. Melodic. The perfect mixtape for the turbulent years of any high school student. It’s one of those films were you really wish there was an original soundtrack available for purchase. Really fun set of songs.

MyzMyth: Overall, this is a great film that really stays with you. And wow… that ending…

MyzMyth: This was an odd one! But in a good way! Crazy sick gore!

Spacecat: This one was about a WW2 group of soldiers (from various parts around the globe) uncovering a Nazi scientist plot involving experimenting on soldiers to create horrifyingly grotesque undead mechanical monster hybrids!

MyzMyth: And what’s horrifying about monsters?

Spacecat: I’m ignoring you two… Back to the film, the whole thing is told found footage style via one of the soldiers and his camera. A lot of it feels like you’re playing a videogame… Like Quake meets Castle Wolfenstein.

MyzMyth: Do our readers remember Quake and Wolfenstein? Why not mention Pong while you’re at it?

Spacecat: Anyhoo, if you dig movie monsters and awesome makeup fx, and crazy medical surgery gore, this film is worth a look.

DBT6066: This film had some of the best looking creature fx I’ve seen in a long time. And I’m a time-travelling robot, so I’ve seen my fair share. Horrifying and creepy. At times it felt like a classic EC Horror book. I’d be horrified if I wasn’t already horrifying myself.

MyzMyth: I liked the look of this too. I did wish some of these monsters had snakes in their hair though.

Spacecat: Right… Anyhoo, It’s an odd blend of genres, so that makes it a perfect Fantasia film, and a great midnight feature. Worth a look if you wished the history channel had more robot zombies.

Spacecat: Continuing the horror theme, if you like horror anthologies, you will love V/H/S/2

MyzMyth: This movie was… I believe you mortals call it… “Cray-Cray”?

Spacecat: It is cray-cray, and you really don’t need to have seen the first one to enjoy this one. All new tales. Sure, there’s a loose connection with the opening wraparound segment, but that won’t hinder your enjoyment of this one at all. All you need to know is that there’s four awesome found footage horror tales  by some of the best directors in horror!

DBT6066: I’ll just come out and say it… This film blows the first one out of the water. This is what I wanted when I first heard of the concept of V/H/S. You got scares. You got gore. You got innovative storytelling! Yes! Easily one of my fave horror flicks of this year.

MyzMyth: The Zombie story (directed by that BLAIR WITCH Guy, Eduardo Sánchez ) was a neat spin on the standard zombie tale. I know everything is zombie-zombie these days — fantasia had at least 4 or 5 zombie movies this year– but I liked how this one was done. It was quite original.

Spacecat: Right. A Cyclist with a camera mounted on his helmet goes for a ride and suddenly gets attacked by a zombie and… well, you can guess what happens next.

DBT6066: I am sadly but a robot, which means I will never have the chance of becoming a zombie, so this was the closest thing to experiencing that joy.

Spacecat: I also liked Jason Eisener’s segment. Very tonally different from HOBO WITH A SHOTGUN, but wow, did it ever freak me out.

MyzMyth: Spoiler alert! Spacecat gets freaked out about aliens… which is weird since Vagabond Spacecat is a… space cat.

Spacecat: Shut up! Yeah, it’s pretty much like The Goonies meets X-Files… but way creepier. I need Jason Eisener to make more films.

MyzMyth: Yes! I also liked the intense one about the documentary crew and that cult, directed by Timo Tjahjanto and Gareth Huw Evans (who also directed last year’s phenomenal THE RAID: REDEMPTION). That one was quite thrilling… You have no idea where it’s going…

DBT6066: And it soon went full-steam ahead into WTF territory! There’s easily at least three different stories in that one… but it all works.

Spacecat: And there was also cool scifi ghost story and the aforementioned weird wraparound intro segment. 5 cool stories in one film. That’s a heck of a deal. I love horror anthologies… but a lot of them fail to deliver. This one definitely delivered.

MyzMyth: Agreed! Mix it up. Keep hiring cool directors. Keep this fresh. With any luck we’ll get V/H/S/3 by next Fantasia Festival.

DBT6066: I hope so. Who knows, maybe Vagabond Spacecat won’t be a baby for that one! 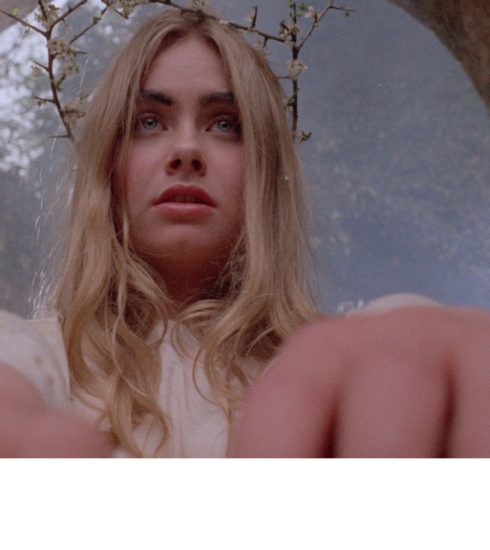 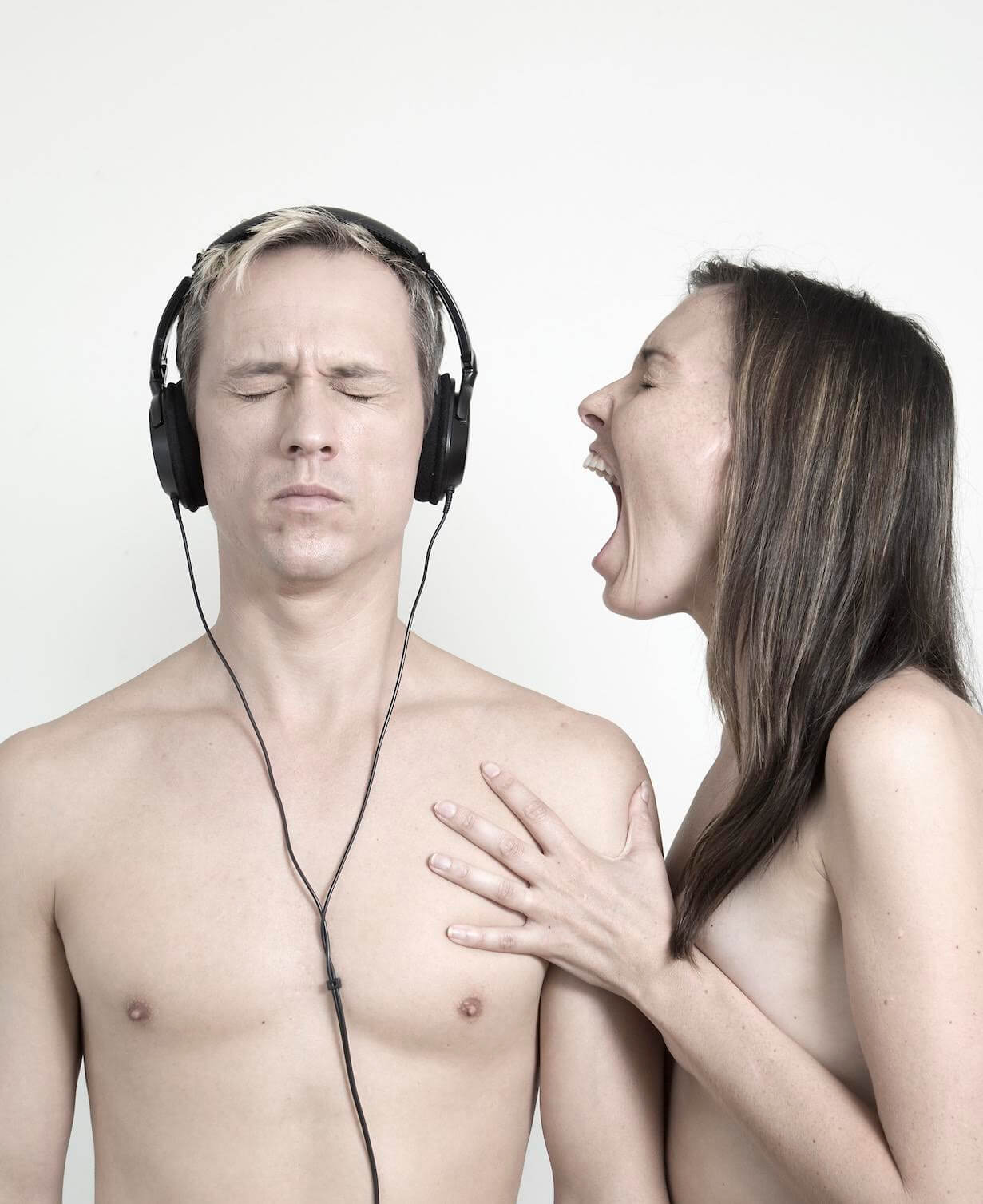