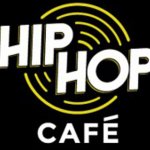 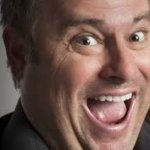 This Friday March 7th The Wiggle Room (3874 Blvd. St. Laurent) presents it’s first “Signature Boylesque” hosted by Tony Bravo and featuring a line-up that consists of mainly MALE burlesque dancers like Glamorous & Classy Tristan Ginger, Fan-Cy Man Michael J MCarthy, Sebastian Stone, Golden Thunderpants, and so many more! It’s bound to be a treat, and seeing as their Signature Saturday Burlesque shows are usually known to involve woman dancers, it’s refreshing and exciting to know that there are guys that are in on the sexy fun as well. Come and join the lusty fun at this highly anticipated Wiggle Room event. Doors are open at 7:30 pm and the show will be starting at 9:00 pm This Friday March 7th – Saturday March 8th you can catch The Mainline Theater (3997 Boul. St. Laurent)as it presents “Alex Cross and His Rise to Fame” the rock n’ roll comedy satire that developed a cult following at the 2013 St. Ambroise Montreal Fringe Festival. That’s right folks, It’s back again with a new set, new costumes, and a full 90 mins of full-uncut amazingness. This play gives us a satirical look into the growing corporatization and commercialization of the music industry that is driving our society into the depths of decadence.

“Alex Cross is a philistine loser who has always dreamed of being a famous rock star but never had the talent or charisma to get him there. That is, until he meets Mr. Beelzebub, the CEO of Beelzebub Talents, who lures Alex with women and drugs into naively making a Faustian bargain involving a contract signed in blood. At the height of his fame, a deranged fan turned conspiracy theorist exposes Alex and the satanic agenda behind the music industry that he is soliciting. When Alex discovers the truth, he seeks refuge but quickly finds out that it is not only his contract that binds him.”

This March 7th- 8th The Comedy Nest  (2313 Rue Sainte-Catherine) presents headlining comedian Arthur Simeon whom you may know from his appearances on Just For Laughs and HBO’s Funny As Hell. He’s a seriously funny guy, and worth coming out to see! Also being featured that night are special guests Darren Henwood (on the 7th and 8th), DeAnne Smith (on the 7th), and Phil Shuchat (on the 8th)

(all prices include taxes) 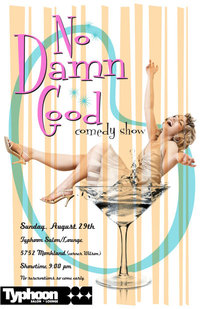 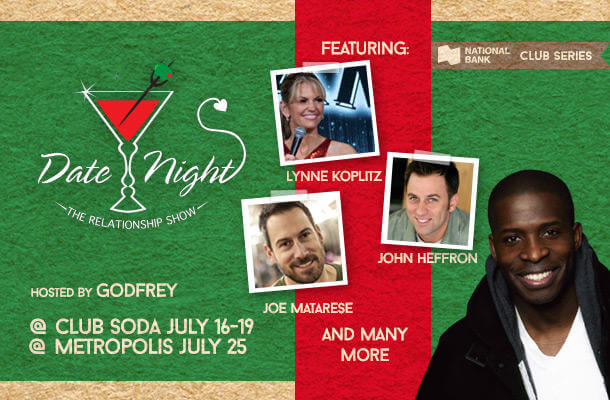