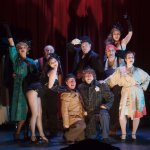 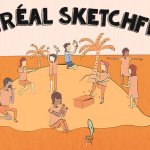 Just in time for the Spring thaw and serving as a tasty appetizer for the Just For Laughs festival, the 11th Annual Montréal Sketchfest held its inaugural ceremony at Théâtre Ste-Catherine on May 5th to much excitement and enthusiasm.

Started in 2006, the Montréal Sketchfest has grown from a small event running only 5 to 6 days with a handful of sketch comedy troupes to running 10 days and having 60 troupes from all over North America. Indeed, after exploding last year at the 10th year anniversary of the festival, this is the biggest year by far for the Montréal Sketchfest, to the point where according to festival organizer Deirdre Trudeau, due to the overwhelming popular demand, 30 troupes sadly had to be turned down from participating this year. With its reputation as being more low-key, colourful and off-beat, it is easy to see why the Montréal Sketchfest has become more noticed in the North American sketch comedy scene. The fact that Toronto Sketchfest organizers Paul and Julianne Snepsts were in attendance during the opening night is a testament to that fact.

The opening ceremony was hosted by Sketchfest veterans, Match Made in Hell, sporting epic mullets, Nova Scotian accents and hoser attire, they got the crowd warmed up and hyped up setting the tone for a fun and spontaneous festival. This was best exemplified with the ceremonial blowing of the famous “Sacred Comedy Conch” to mark the start of the Sketchfest while the hosts, Alain Mercieca and Lise Vigneault, body-surfed on top of the audience and made out. It is unpredictable antics like this that makes the Montréal Sketchfest stand out among its peers. The show featured Montréal acts Employees of the Year and MARV as well as an American sketch troupe The Don’t We Boys all the way from North Carolina and “exotic” Michigan (who also say they memorized their entire show in French until they realized that Montréal had its fair share of English-speakers). It was a mix of outrageous and punchy sketch comedy, like kidnapping someone on your first date, along with a fair bit of interpretive dance, funny videos, and a bit of crowd participation. The night closed with musical guest Guy Beaujolais and his band “The Sad Truth” with some easy-listening tunes.

But it was headliners, Montréal’s own Ladies and Gentlemen who topped off the evening with an impressively verbose, legal-themed sketch. Veterans in the sketch comedy scene–having already done 4 Montreal Sketchfests, performing in Toronto and Vancouver and having won several awards–the duo were in top form, continuing the positive energy that was consistent throughout the evening. “What I like about this Sketchfest,” said half of Ladies and Gentlemen, Chris Sandiford, “is that it’s all about the vibe and making it as warm and comfy and inviting as possible to make laughs happen. The crowd was hype throughout the entire show. No other Sketchfest does that.”

You can check out Ladies and Gentlemen again on Friday, May 13th and be sure to check out the rest of the amazing lineup offered at this year’s festival to see what the hype is all about. Don’t miss out on the amazing energy and awesome fun that the Montréal Sketchfest brings to this great city! 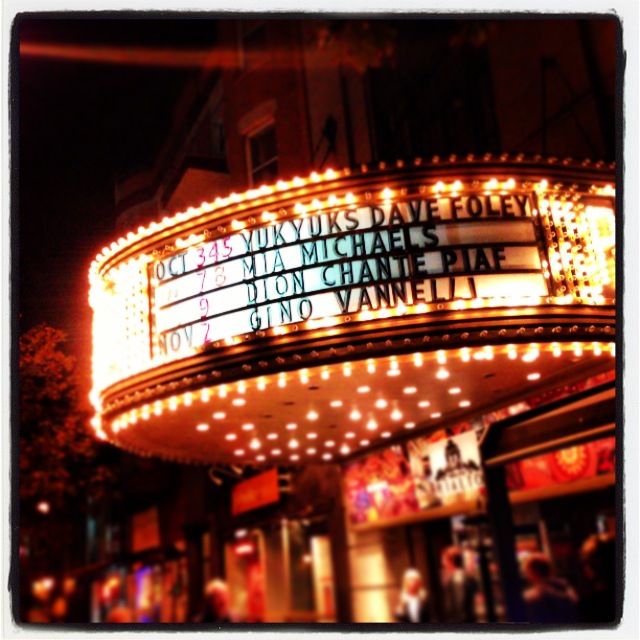