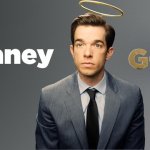 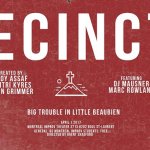 Closer, A Melodramedy By Patrick Marber

“Closer is a brilliant and bracingly adult play from London… bruising and beautiful, shatteringly funny and devastatingly sad. The play’s dialogue has a raw emotionality rarely heard in art or life. It cuts like broken glass… full of bitter, intelligent, unvarnished truth.” — Variety.

Set in London 1997, four lives intertwine over the course of four and a half years in this densely plotted, stinging look at modern love and betrayal. Local obituary writer Dan meets Alice, a stripper from America. Eighteen months later, they are a couple and Dan has written a novel inspired by his muse, Alice. While posing for his book-jacket cover, Dan meets Anna, a photographer of aristocratic heritage. He pursues her but she rejects his advances despite their mutual attraction. Larry, a dermatologist, and Dan randomly exchange an anonymous chat in an Internet chat room. Dan, obsessing over Anna, pretends to be her and has cybersex with Larry. They arrange to meet the next day at an aquarium. Larry arrives and so too, coincidentally, does the real Anna. This sets up a series of pass-the-lover scenes in which this quartet struggle to find intimacy, but despite shared truths and kindness, can’t seem to get any closer.

Directed by Davyn Ryall, truth is what’s at the heart of the show, “Playwright Patrick Marber challenges his characters to tell their truths, putting them through a true test of faith. However, does the truth bring them closer or does revealing and learning the truth fracture their relationships, pushing them even further apart…”

“… that’s the most stupid expression in the world: ‘I fell in love’. As if you had no choice. There’s a moment, there’s always a moment; I can do this, I can give in to the temptation or I can resist it.”  – Alice For actor Emanuelle Ranger (Alice) what makes Closer an important play is that it is beautifully written, “Each time I read it I discover new details about the characters and their complex relationships. The conversations are captivating, so raw, so real, that reading this play becomes a sensorial experience.”

She continues, “Closer means a lot to me because I decided I was going to pursue becoming an actress after working on a scene from this play. It wasn’t an intellectual decision, I just felt it in my body and soul; suddenly I knew that this is what I needed to do.”  That the play is being produced is so important to Ranger, “Closer is my favourite contemporary play. I fell in love with the story and with the character, Alice, four years ago. I told myself then that I would love to do the whole play one day. I couldn’t be happier to finally breathe life into this character once again.”

Presented by Acts To Grind Theatre at MainLine Theatre – MiNiMaiN
(This very intimate venue has limited seating capacity; it is highly recommended to book ahead to avoid disappointment.)

To learn more about the production, visit http://mainlinetheatre.ca/en/spectacles/closer-0

Sak Pasé! What can I say ... I am the Co-Founder of The Chonilla Podcast Network. Co-host and Producer for The Kakle podcast and radio show on CKVL 100.1 FM in MTL. Love to help businesses grow with my Wile E Coyote style of Digital Media Strategy. Creator / Admin of The Black Canadian Content Creators FB Group. OH! Plus, a Divom (diva+mom) of 3 !! Oh yeah, you guessed it, I'm an octopus y'all, I mean that's the only reason it makes sense I'm able to manage all of this.