As I approached the doors to the Comedy Bar, I got that feeling you get inside your stomach when you sat in the back seat of the car when you were a child, and your parents happen to drive over a big hill and you feel your stomach lift up into your chest– and for some strange reason it feels kind of  horrifyingly delightful.You know what I’m talking about right? Or when you get to the very top of the roller coaster and you’re about to drop at an 80 degree angle at a speed that feels something comparable to the speed of light. Needless to say, I was overjoyed with anticipation and excitement to witness Jerrod Carmichael first-person and let him tickle my funny bone a bit. Indeed, he did just that.

Jerrod Carmichael delves straight into that grey area that nobody f*cks with because it’s just not worth the bullsh*t.

There’s certain subjects in life, as I’m sure we can all agree upon, that are just better left untouched because they usually spark a strong opposition and leave you with a headache. Jerrod Carmichael dives head first into the most controversial of topics: religion, American politics, republicans, racial stereotypes, 9/11, and child pornography. He really does’t hold back either, and it adds to his shock value which is what intrigues me about him the most.

As far as his comedic style goes, Carmichael takes no prisoners. He’s genuinely likable and funny, and knows just how far to push the envelope without going too far and sending someone into cardiac arrest. His jokes are raw, and crude as f*ck, so, if you are sensitive to these kinds of subjects then I strongly advise against going to a Jerrod Carmichael show, but then again, it’s COMEDY people! What the F*ck did you really expect?

If we can’t poke some fun and inject some humor into these pressing issues then we’re taking ourselves way too seriously. The best jokes consist of hearing people say what you were PROBABLY already thinking, but were too chicken shit to say in the first place (because let’s face it you suck) Hahaha of course I’m only kidding, you’ve taken the time to read this far so chances are you’re probably pretty awesome.

As Jerrod beings his set, the crowd erupts into a volcanic laughter. I will admit I choked on my water from laughing so hard in more than one instance. There were great vibes all around inside the Comedy Bar venue as Jerrod did his thing. I thoroughly enjoyed myself … the service was great, every seat in the house was taken, and the venue was absolutely lovely. I really like that disco ball on the ceiling as well, very rad indeed.

If you haven’t checked out Jerrod Carmichael yet, then I highly suggest you get out to his next show and get an up close and personal view. It’s better that way anyway, you get the full effect and the authenticity of actually being there in the room and trust me, Jerrod Carmichael is well worth it! His smile is infectious and his jokes are bound to have you gasping for air as your diaphragm gets the jimmy rustling of it’s life. Jerrod Carmichael, thank you for such a splendid show! I am now a new fan! 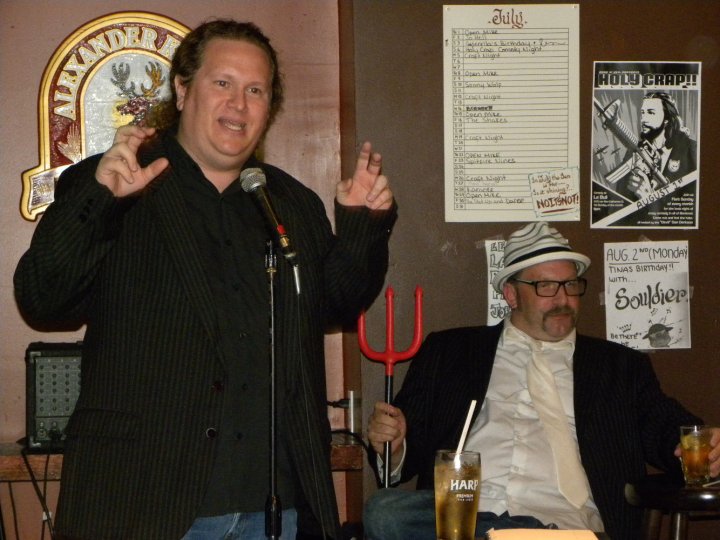 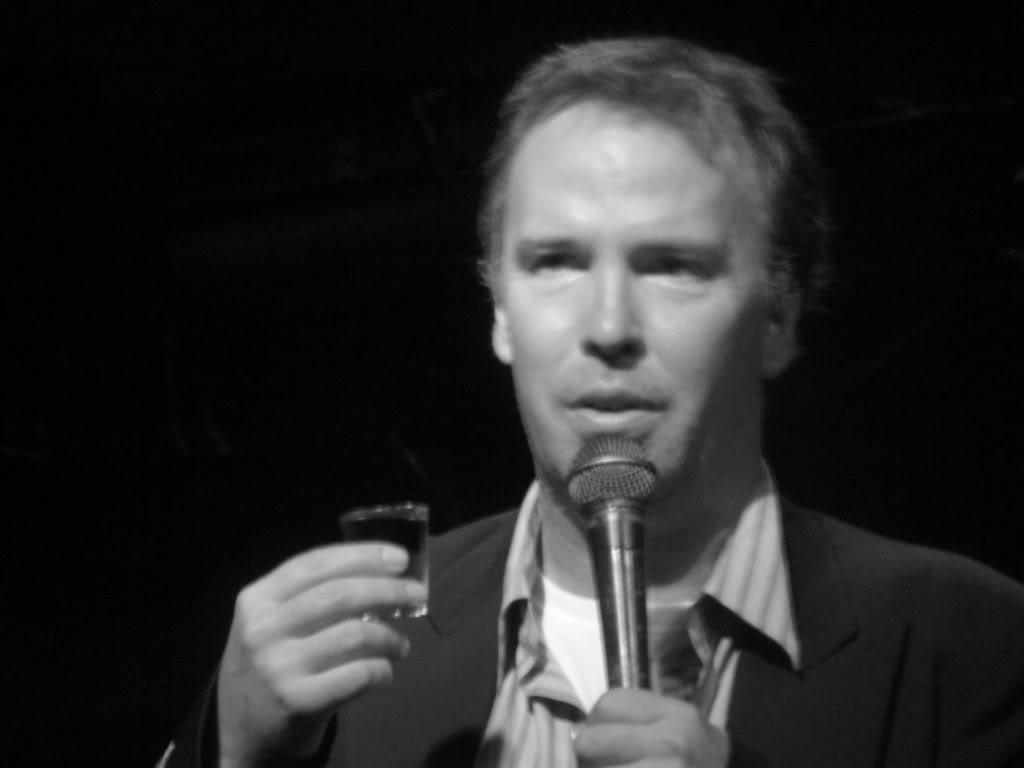