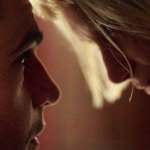 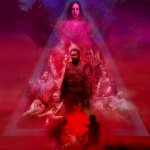 It was only Wednesday, July 25th at 3:00 pm and you could really feel it in the air… Just for Laughs had officially taken over Montreal, with a veritable cornucopia of comedy to sponge up. Podcasts, panels, award shows, Midnight Surprises… Most who were traveling to Montreal had arrived and been starting their show runs. Anticipation was definitely in the air at Place des Arts and at The Hyatt Regency Hotel – which acts as the industry hub for networking.

This was my third year attending the festival. Year one I was working at The Comedy Nest slinging drinks to sold-out crowds for Best of the Fest shows and then mingling at industry parties afterward. Great memories, stories, and friendships were born of late night, rum-fueled shenanigans.

Last year I was pregnant and had stopped working at The Comedy Nest a couple of weeks before JFL. I got my swollen self out to see as many shows as possible and managed somehow to produce video interviews with Mob Boss Jo during the day (as much as my body would allow lol).

Attending the 2 Drink Minimum live podcast was a great experience, as I really wanted to check a couple of daytime events this year. The show was hosted by Pantelis and Mike Ward, and featured guests Nick Swardson, a well-known comedic actor and stand-up veteran and this year’s Nasty Show host Robert Kelly. The room was pretty full for a 3 pm recording, being that it was my first daytime event, I was a bit shocked. The format was a nice change of pace from a standard stand up setup. Anecdotes were flowing, and Nick talked about moving from Minnesota to New York to begin doing comedy 20 odd years ago.

This was Nick’s first appearance at the Just For Laughs Festival and visiting Montreal, despite wanting to attend many years ago and being turned down because he had done the Aspen Comedy Festival. When Nick started to become well known, he was asked to come to Montreal and said “Eat my ass JFL” Fast forward to last week where he is performing 30 minutes for a Netflix taping at Club Soda, as a part of the fest.

Robert Kelly reminisced about being a juvenile delinquent and being a smoker from the ages 10 – 50. Mike Ward chimed in saying, “The old Bobby Kelly sounds fucking fantastic!” The audience was in hysterics, and I laughed so hard at some points that I covered my mouth with my notepad (it’s a podcast recording and I’m a distinctively loud laughter). There was a great juxtaposition with sentiments of “comedy is the world, comedy is worldwide” when talking about how different things are now with the prevalence of comedy content at the fingertips of everyone with internet access.

There was the addition of a guest and friend of the podcast named Poseidon, who sat off to the side of the stage, in the dark with only a microphone. When I spoke with Pantelis about it afterward, he commented, “We tried to find him a milk crate”.  At first, I felt a little bit jolted, and was not fully on board. It grew on me, and with everyone on stage dogpiling on him, it turned out to be a highlight of the show! Nick shouted “Poseidon” loudly as he tried to figure out why the fuck he was named Poseidon. The stories of hookers in Cuba came out of left field after some really insightful and inspired words by Robert Kelly. Despite many references to a “fuck shack” there were some golden moments, Robert commenting that Poseidon was sounding a bit like Joe Pesci.

As the show wrapped up, a JFL staff member gave a hand signal to the panel, just as the question, “Who has AIDS?” was yelled out – the timing was everything.

All and all, I would definitely recommend going to check out some JFL Comedy Pro daytime events at the festival next year. I left feeling elated, and excited about checking out Michelle Buteau in the evening at Mainline Theatre, followed by the Netflix party at The Hyatt. 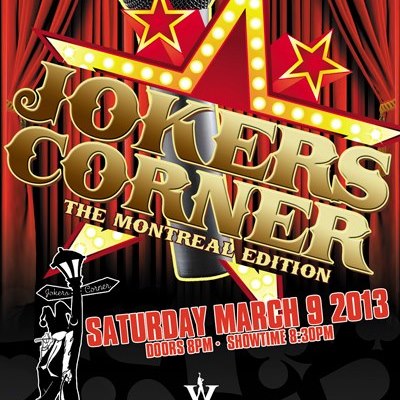