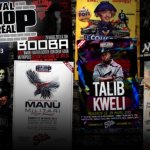 It’s the second event of Easter weekend’s Montreal Hip Hop Festival, Friday night at Club Soda and we are all anxious to see headliner Talib Kweli. I’ve heard so much about this venue, and what a way to take it in for the first time! I cozy up to a high top table lining the wall on the right side of the room and am greeted by the sounds of DJ Manifest. Missy Elliot’s “Sock It 2 Me” combined with a flurry of activity on the stage, begins to awaken the room as heads bob with anticipation. I chuckle to myself as I watch billows of smoke float through the stage lights every time the curtain is moved.

Then the house lights were killed and we are punched in the eardrums by the sounds of glass smashing. The show was starting. The host Dirty Taz gets the ball rolling with loud and contagious energy as he shows some love to DJ Manifest and kick starts the hype in the room. The openers really did an impeccable job setting the stage for a packed and electric night. From lighters in the air to getting right down in the crowd, there was no shortage of surprises. Ceasrock opened his set by chucking cds into the audience like ninja stars, and did a “do over” for the open of his first song, proudly announcing, “Whatever! I don’t get embarrassed, start that shit again, let me get it right!” His music was filled with honesty, as he offered thoughtful reflections, coming straight out to audience and saying, “You gotta live in the moment!”

The room was officially packed at this point, and a bassist and drummer set up on the stage. Koriass made use of every inch of the stage, and gave us a performance that was like drinking three RedBulls! He was confident and precise and connected with the audience, getting arms swaying and bodies moving. I was so drawn in to the performance that when it was over, I looked around and realized Club Soda was now bursting at the seams. It was Talib time.

Talib Kweli bursts on to the stage, igniting the room. There is a lot of movement on the floor and his dedicated fans want to be up close and personal. A couple of guys were so excited for Talib’s set to start that they put their beers down on my table, had a quick dance party, and then swiftly lit a blunt as they quickly shuffled through the dense crowd. I grinned from ear to ear. On stage, the curtains were lined with people snapping photos and the crowd sang along to “Palookas” completely engaged in the effortless flow. As disco spotlights panned across the audience, Blackberry and iPhone cameras were working over-time to capture the performances of  “I’m On One” and “The Blast”. Everyone was bumpin’ on the balcony and up on their feet when Talib guided the audience in singing the Beatle’s “Eleanor Rigby” which he then morphed into a refreshing remix, hitting me like an unexpected and well- executed curve ball. I left the show completely uplifted, and anyone who attended this performance will attest to the immense love this man has for his fans, fellow artists, and the city of Montreal. This is the second year of the festival, so I can only imagine what it will bring us in the future! 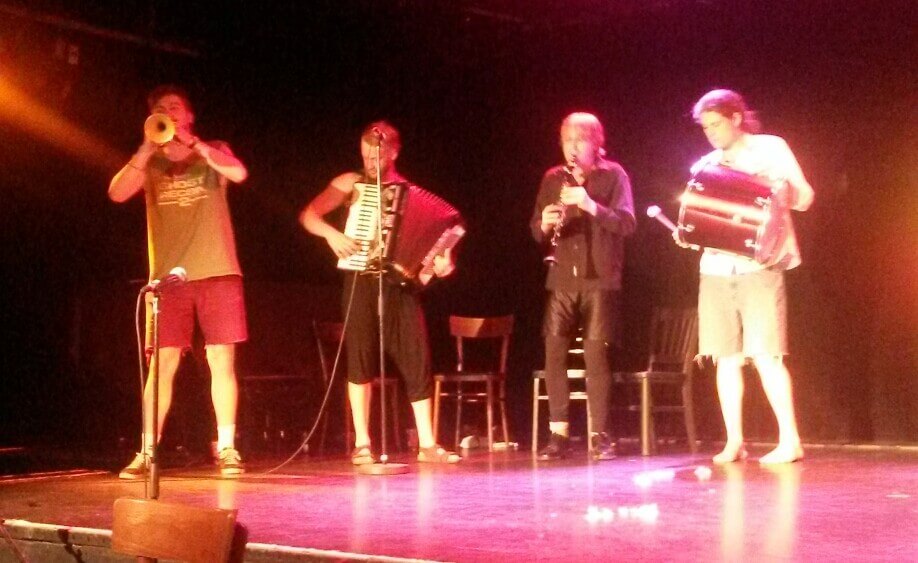