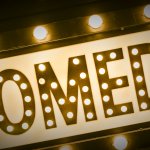 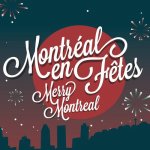 The Phaedra Project Makes a SPLASH!

Before the play begins, the only two actors, Jacqueline van de Geer and Nicolas Patry, are already on stage: One of the actors, Jacqueline, is sitting on a chair, and the other, Nicolas, is staring into the crowd with a stern face. I made some silly faces to see if the actor would notice me, but to no avail. Even before the play had started, both of these performers were already acting. The Phaedra Project is a telling of a woman’s past and present love interests. As the play begins, you’ll have the impression that the play is overtly serious, which it is in certain cases. However, it will also manage to give you a good laugh when Jacqueline’s character talks about one of her past love interests early into the play.

Throughout the play, Nicolas Patry, who appears downright intimidating initially, manages to portray a myriad of characters. The Phaedra Project features some choreography that is quite a sight to behold due to the fact that the stage that the actors are performing on is practically a puddle of water. It’s incredible how something as simple as water can complement The Phaedra Project. The actors will get wet and there will be splashes. Viewers will not need an umbrella. Kudos must be given to Martin Rodriguez, who is responsible for the sound in the play, because as you’re viewing this play, you might not even notice that a lot of the sound that is being heard is actually added and is seamless throughout the play.

There simply is no other play like The Phaedra Project. For better or worse, you won’t forget this play, and I highly recommend you to see it while it’s still on.
Dates:
11, 12, 13 and 14th of December at 8 p.m.
The 15th of December at 3 p.m.
at
MAI (Montréal, arts interculturels)
3680, rue Jeanne-Mance, Montréal

Not only is he one of our photographers that make our words stand out, he also likes to write blurbs for the mob. He travels around the world and takes beautiful pictures where ever he goes. His eye is one of a kind. He also loves movies and to dissect them.