Burlesque comes from the Italian word “Burla” which means “a joke”.  But this art form isn’t a joke, and it isn’t all about taking your clothes off, it is performance art where artists come from many backgrounds and identity.

Let me tell you as a woman of color nothing gets me more excited when I’m about to be entertained by a variety of ideas and diverse group of people.

It’s Friday night and before we stepped out to see The Bagel Burlesque Festival, Here’s my omission to what I know of burlesque, it wasn’t much.  I knew about Josephine Baker, an influential and one of the first African-American woman in the 1920’s & 1930’s with her famous Banana Dance.   Every time I see these amazing beautiful images of Josephine, my mind often wonder how bold she was and ahead of her time, to perform in a tiny banana skirt and revealing tops, sometimes none at all, during a time when people were just about to be introduced to the 1930’s sexual revolution thanks to people like Josephine or Margaret Mead.

But enough about revolutions and this is not about Josephine , what else do I remember from this art extravaganza, there’s the movie “Burlesque” starring Cher and Christina Aguilera, a pop visual, fun to watch, and the vocals, of course phenomenal, it’s Cher and Christina byatch. There is also the Pussycat Dolls … No, not the group,  but the burlesque saloon realized by Robin Antin where they would perform at Johnny Depp’s Club in LA I can’t even remember the order of the story but it goes something along that route and of course the Queen of Burlesque as we know it now Miss Dita Von Teese. Now, any event at a theater near a subway, I am all thumbs up, and Theatre Plaza was one of the most charming and beautiful theaters I’ve been in Montreal. A lot of venues in this city are quite cozy with an intimate vibe between the performers and audience. But at Theatre Plaza, the room brought me back to exactly the time when burlesque first started in 1700 back in England during the time when the genre of entertainment was introduced to America.  The details on the wall, the way the small lounge tables and chairs were set up just made you feel like an Italian mob diva.

Originally my friend and The Kakle co-host Tanisha she was supposed to go but something has come up and she wasn’t able to attend the Bagel Burlesque Expo, so I decided to ask hubby to come along, to my surprise he accepted. The First Act was amazing it was around the time that the news of Prince had come out (may he Rest In Peace).  Miss Diamond Minx from Vancouver was in her gorgeous purple gown decided to pay homage by performing to Purple Rain and it was beautiful. Now it makes complete sense as to why the lighting, when I think about it, in hindsight was purple everywhere inside the theater because Prince has passed away to join MJ and Whitney as they wait for his arrival to party like 1999 in Club Paradise in the Universe. The next act was Golden Thunderpants from Montreal performing to Mad Max and let me tell you something, this guy had us in hysterics. He was funny and such a joy to watch. My hubby was watching in wonder by his level of comfort being on stage.  Let’s face it he’s not shaped like Dwayne “The Rock” Johnson or Vin Diesel but man, as Clove mentioned he was truly amazed by Golden Thunderpants encouragement when it came to entertaining the Montreal masses.  For Clove, this was also in visual heaven as a classical animation artist to witness.  He was so happy with the experience in terms of movement and body motion and the poses G.T. was giving us, he was excited to get home and pick up a drawing pencil and start creating some form of animation inspired by Mr. Golden Thunderpants himself. Other performers we saw was Brown Cocaine Love from NY dancing to Black bird – Frenchy Jones from MTL to Samara. The acts who stood out the most, for us anyway, starting with OH MY LANTA, Les Reines from Montreal. These ladies just gave us both LIFE mixed with goth realness and their red and black gown a la 18th-century fashion! Nasty Canasta from NY dancing to Intermission was amazing, felt like she took us on a time machine in an old classic mystery movie like Mystery Street – Murder on Cape Cod.  Master Cameron Eric Leon performed a Genderf**k romance, where he sings Lady Gaga – Bad Romance LIVE and had me… here’s the thing, my jaw had to be picked up off the floor and my mind was a roller coaster to being a witness to Master Leon special … you know what, you have to see , for real!  Ruby Rhapsody performed to The Widow and at last, James & the Giant Pasty – Frog Prince. It was great to discover boylesque which was a first for us to learn and see but most importantly the beauty of néo-burlesque to recognize no matter the age, race, and gender, it was wonderful to see different sizes, ideas and presentation of burlesque from a mix perspective and a variety of people.

Next year is set for us for another date night,  I’m thinking to wear some pasties underneath a 1930’s Marlene Dietrich vintage suit for Bagel Burlesque 2017. If you’re ever thinking of doing something completely different, out of your usual ideas of activity for date night, girls night out ect… and want to be entertained in a whole new realm, considered burlesque as an added event.  Instead of the usual dinner and a movie why not cocktail and néo-burlesque. 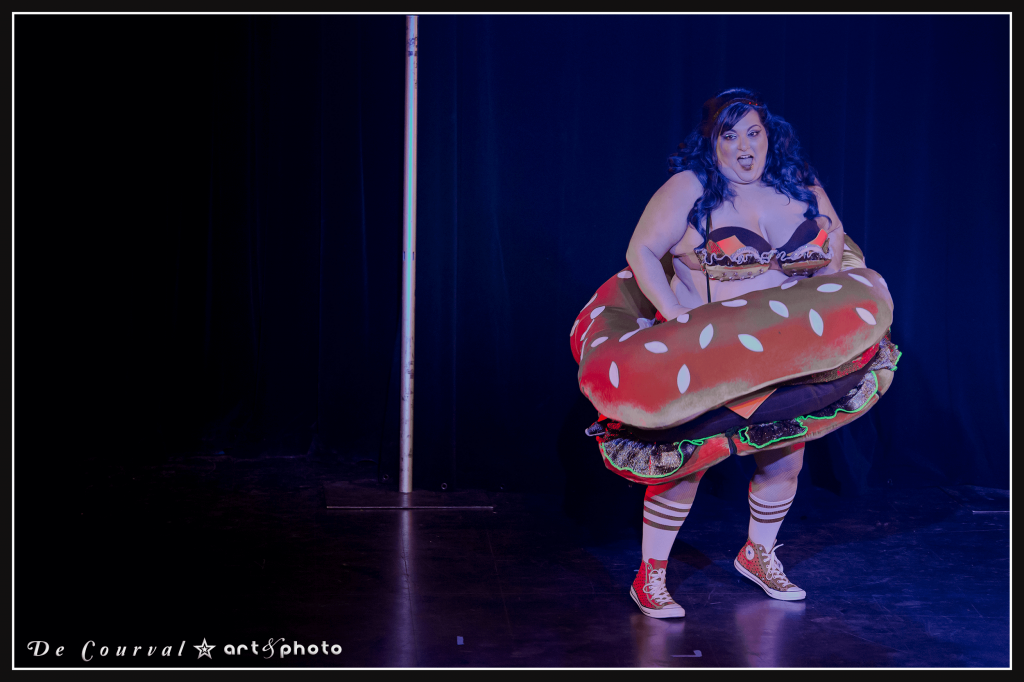 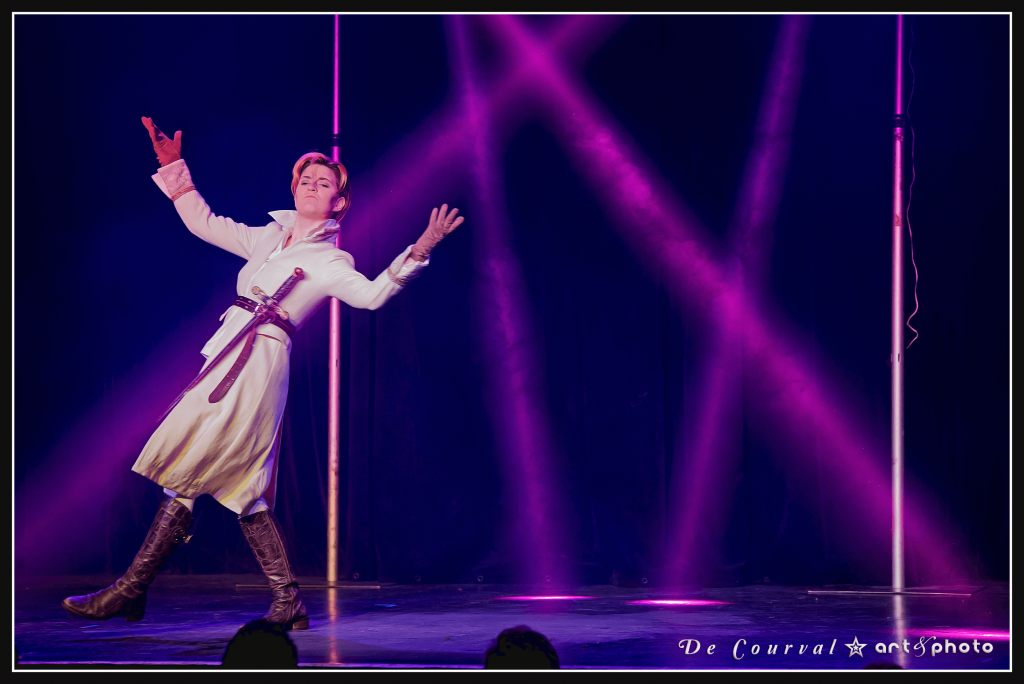 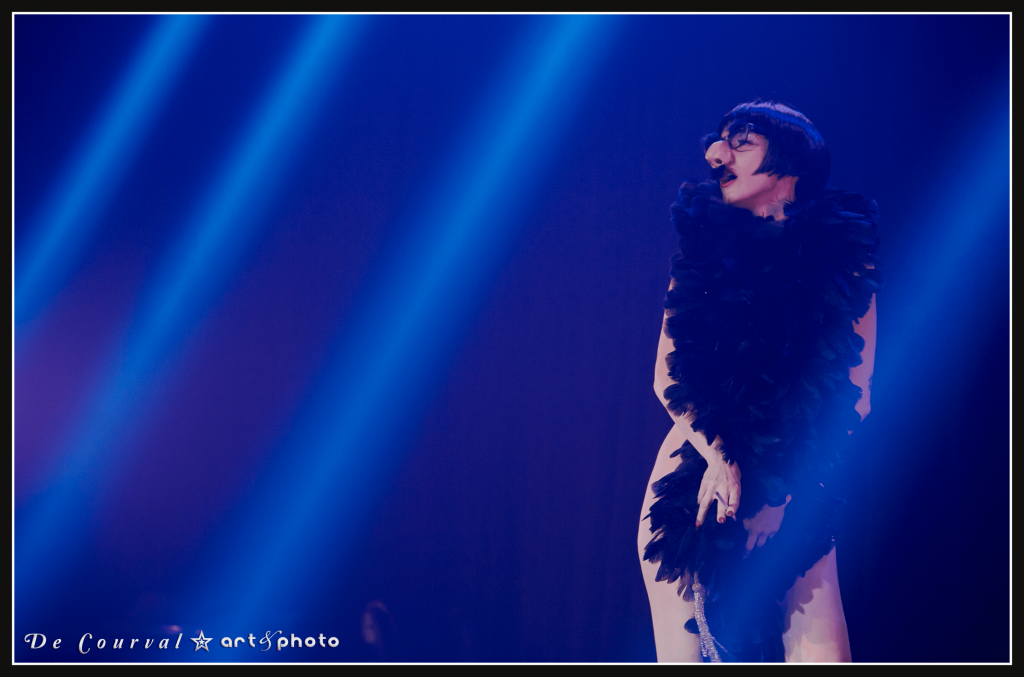 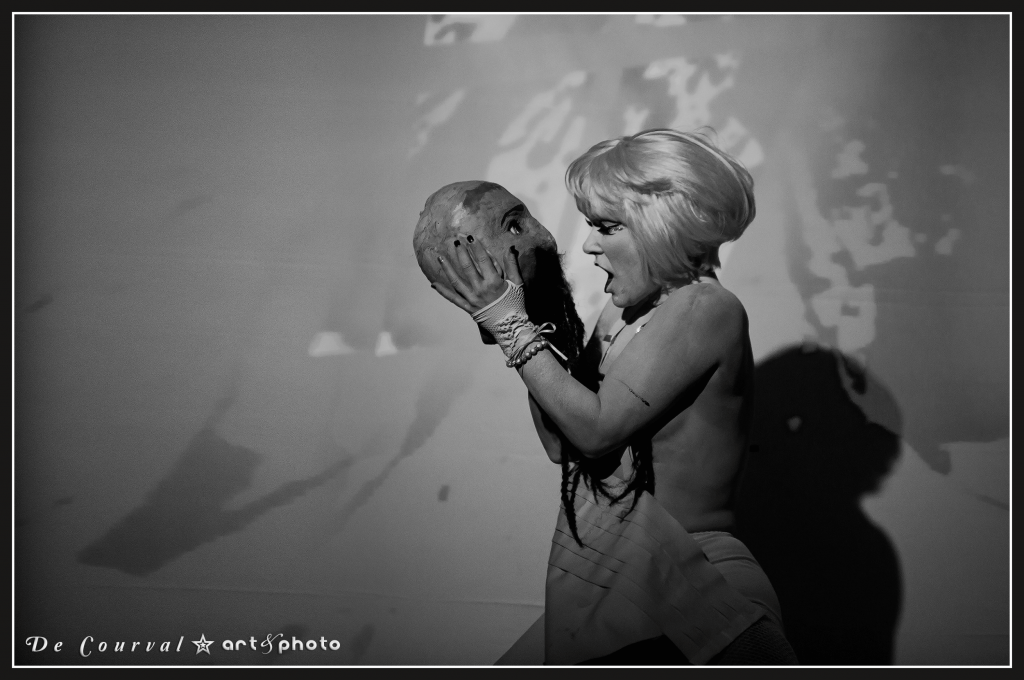 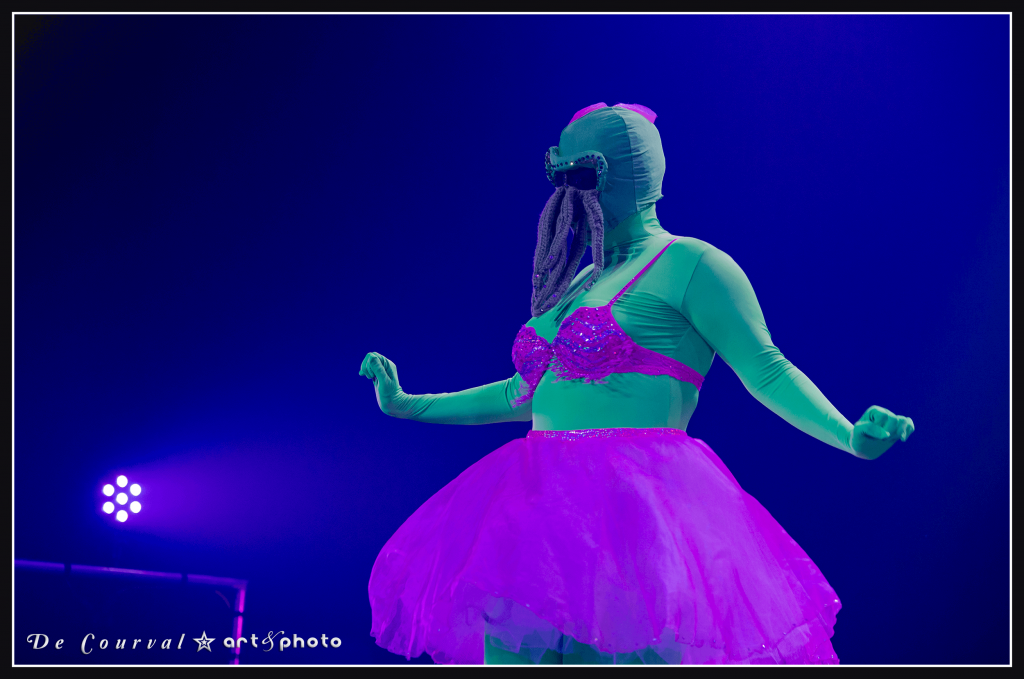 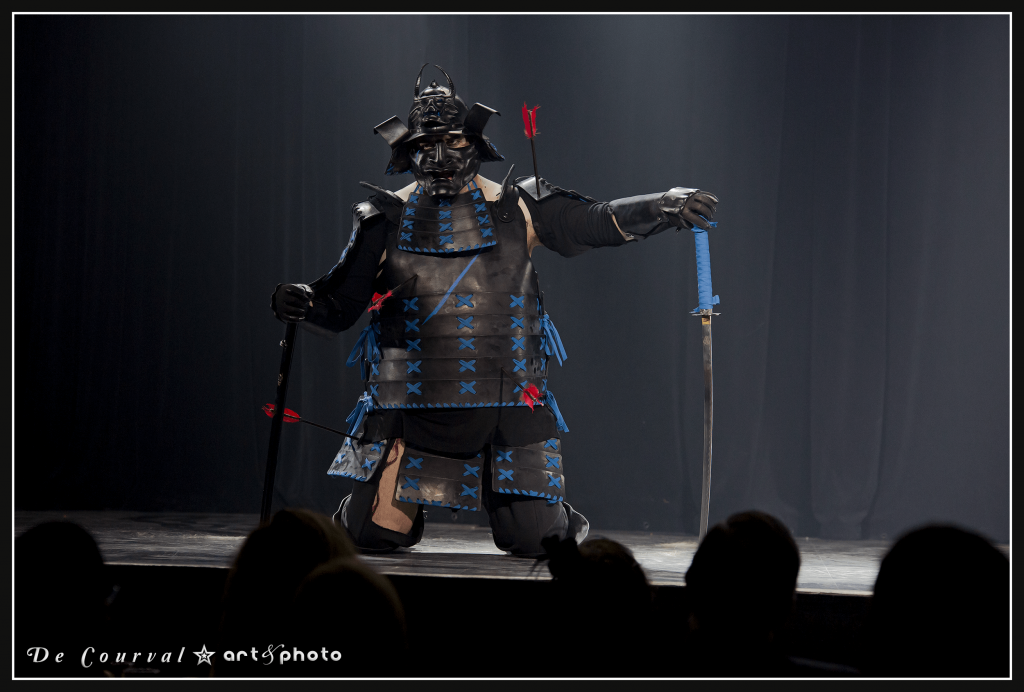 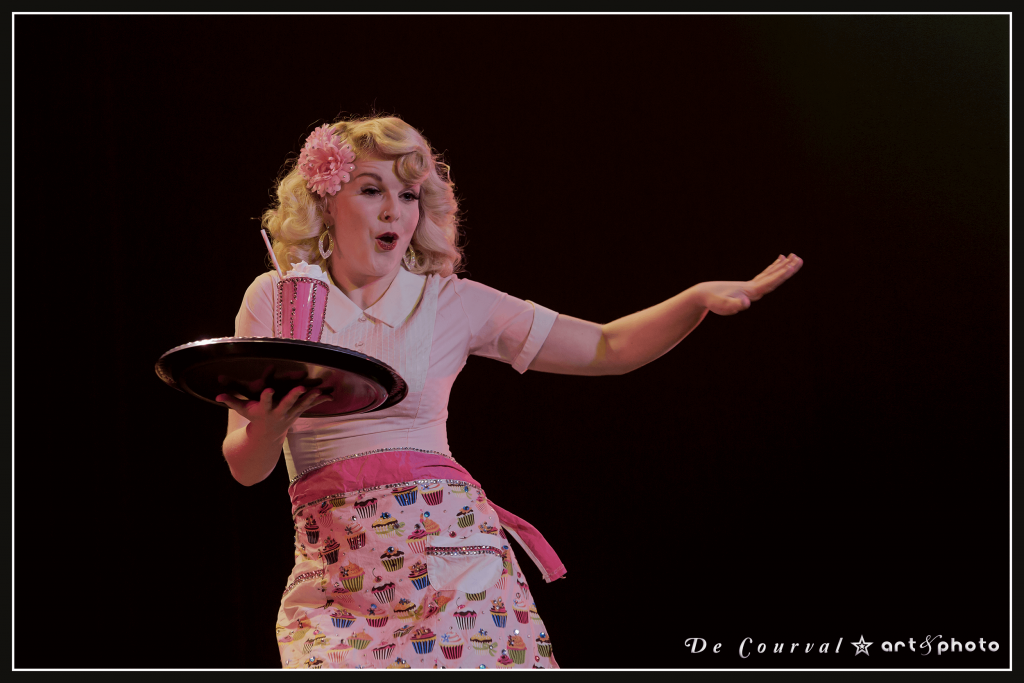 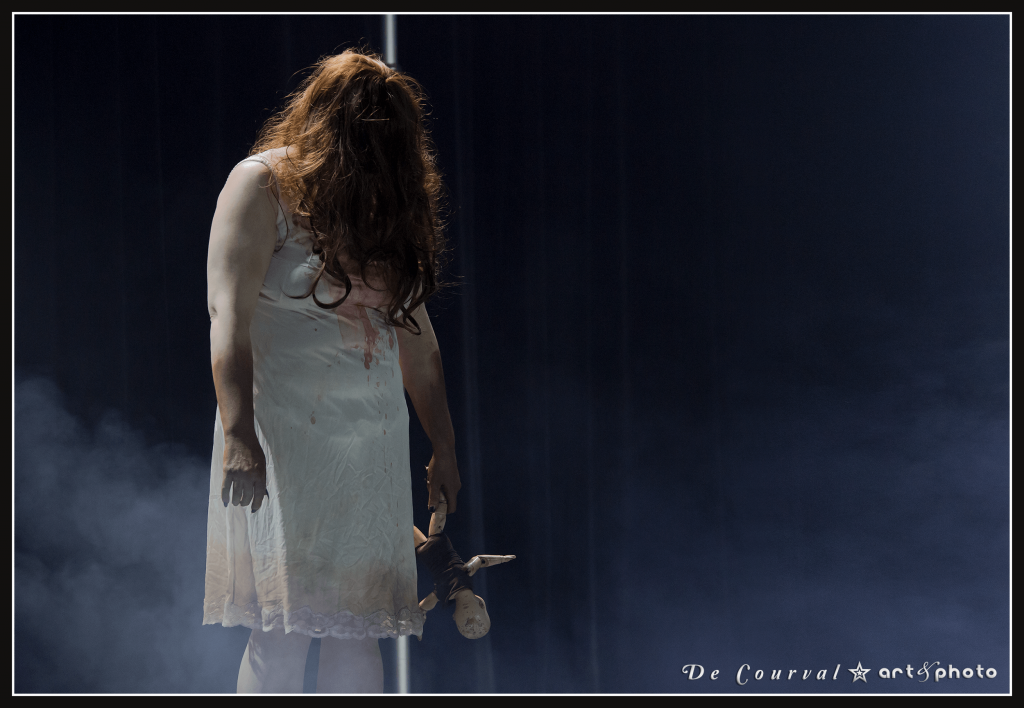 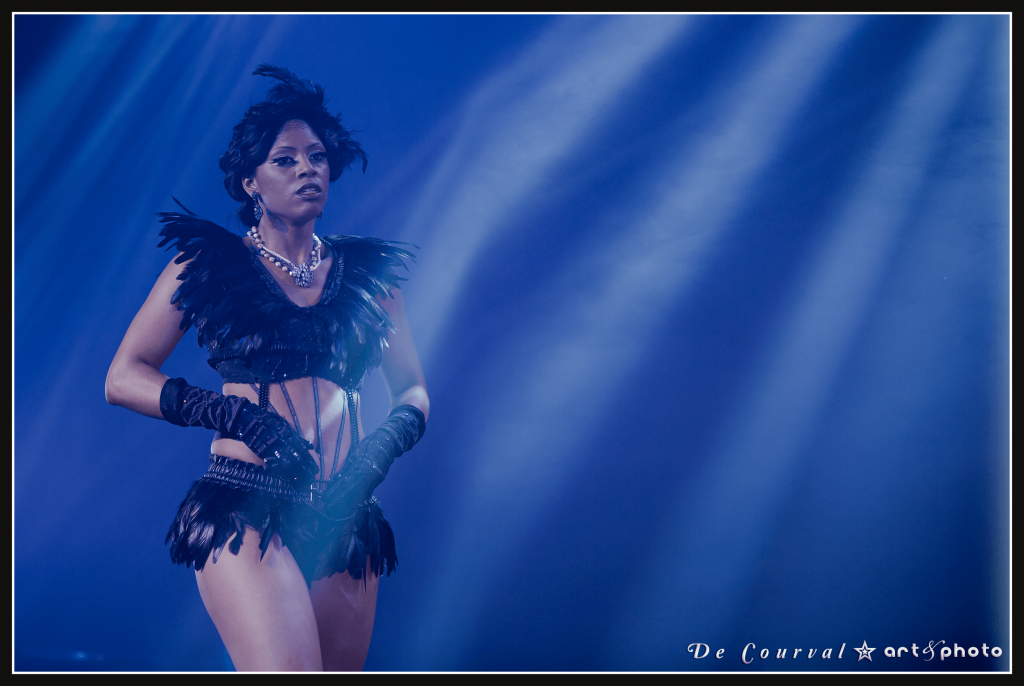 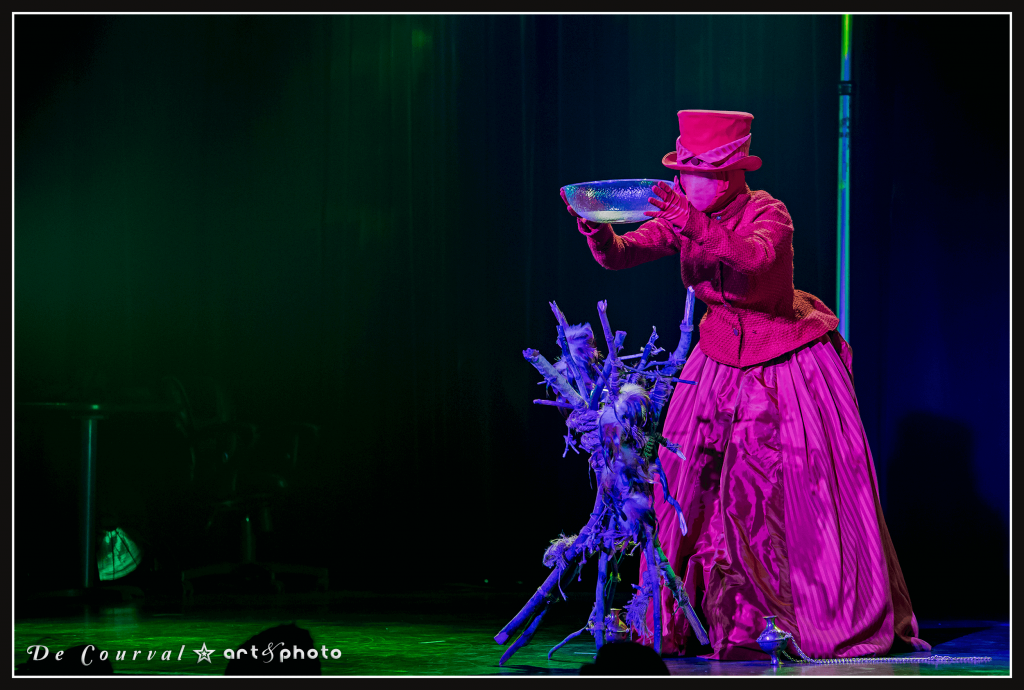 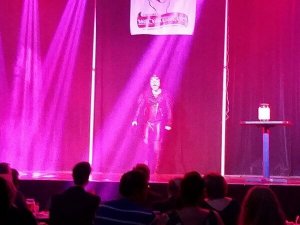 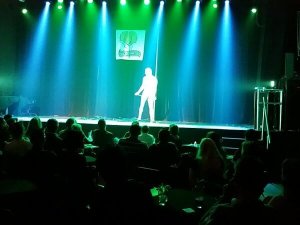 James and the Giant Pasty 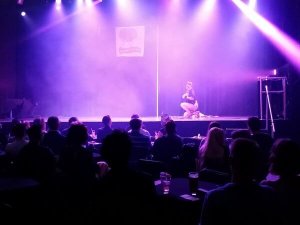 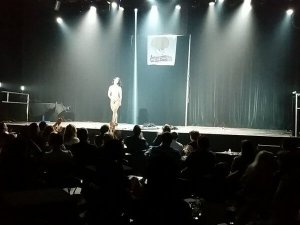 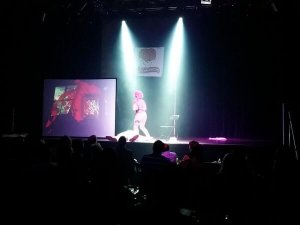 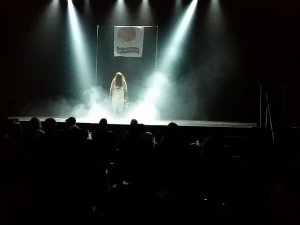