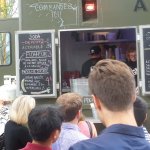 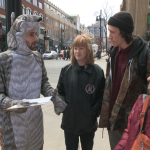 Every year the International Fantasia Festival takes over the the lives of film-geeks for three weeks. For those three weeks, I do nothing but eat, sleep, and breathe cinema… and it’s the greatest thing ever. Granted, your mileage may vary, but if you live genre cinema you know what I’m talking about. Hell, It’s been over for a week and I’m already going through withdrawals…

This year was its 18th edition, and, with over 160 films, it showed no signs of slowing down. Yes, this year’s fest was just as mighty as previous years and featured every single kind of movie that you wanted to see from almost everywhere in the globe (and then some).

This year I managed to catch 45(!?!) films… and that’s not nearly as much of the total amount of films that I wanted to catch…

Let’s retrace the steps that my film-soaked brain took and look at some of my favourites… warning a lot of stream of conscious rambling and gushing contained below:

What’s a better way to kick off my cinematic journey than a brand new Sam Jackson flick?

Based on a notorious anime, Kite follows the adventures of a young orphan named Sawa (played by India Eisley) in a crazy tale of mind-altering drugs, memory problems, corruption, financial collapse, underaged prostitution, human trafficking, and revenge. You can tell it’s based on an anime because of it’s got a crazy Blade Runnery-ish (kinda) post-apocalyptical feel and fighty-fight-fight action.

Jackson plays Karl, Sawa’s father’s old partner. Karl is there to help Sawa in her revenge mission (her parents were murdered, like every cool vigilante out there). He’s also there to help her shoot-up said mind-altering drugs due.

But the true standout is India Eisleys performance. If she doesn’t move on to bigger things I’d be surprised, because she’s clearly got the acting chops and can handle a brutal fight scene. She’s playing a character much younger than she actually is, and you really don’t notice. Heck, I had to IMDB her and figure that out.

Another highlight is this film features the third most entertaining kitchen fights I’ve seen this year (best is this year’s THE RAID 2: BERANDAL, of course… and second best is DEAD SNOW 2: RED VS DEAD– which also played Fantasia this year!). Yes, third. It’s been a busy year with the kitchen fights. But wow, this one’s pretty high-charged and very gore-iffic. One of the most crowd-pleasing fights.

I don’t know how this compares to the original, other than hearing it’s been toned down considerably, so I won’t know how the purists feel, but if you like revenge flicks with gritty cray-cray action scenes, gore, and lots of twists and turns, this one’s worth a look! LÉON: LE PROFESSIONNEL meets KILL BILL with a sprinkling of MEMENTO for good measure. If you haven’t seen any of those, definitely see them first (or even in lieu of). But seriously, if you haven’t seen those stop what you’re doing and go see those now. Yes, now. Go. I’ll wait.

Paired with KITE was this extremely violent and totally jaw-droopingly over-the-top stop-motion short, CHUCK STEEL: RAGING BALLS OF STEEL JUSTICE. This was a crazy love letter to crappy 80s action flicks and it totally got the job done. Just look at that trailer.

Crude, and rude and sick as hell, BALLS OF STEEL JUSTICE featured your typical badass, no-nonsense cop and his sex-starved robot partner. Yeah, this was a real WTF of a short and the crowd ate it up. The amount of work put into stop-motion is immense, and this short is no exception. Some of the sickest stop-motion gore I’ve ever seen.

It felt like LETHAL WEAPON meets early SOUTH PARK meets acid-tripped WALLACE AND GROMIT– and no, I never thought I’d type all those in one sentence. While watching this I really wanted these guys to work on a DUKE NUKEM film. Ah, well, we can dream…

Voyeurism. Fame. Hacking. Stalking. Privacy. Murder. Kidnapping. Blackmail. Anarchy. Terror. Conspiracy. OPEN WINDOWS is one of those films with a lot of relevant themes… and it’s also one of two films this year that takes place entirely on a computer screen. What? Yes, the entire thriller takes place real time on Elija Wood’s laptop and it’s told via video chat, email, hacked phones, and security cameras.

The film comes from the mind of Nacho Vigalondo and mostly stars the aforementioned Wood along with the multi-talented Sasha Grey. How do I sum it up? A webmaster of a fan-site is hacked and given access to spy on the object of his desire– and then is thrown into a complicated plot where he’s forced to do a whole lot more or he, and others, will face severe consequences.

This film is utterly friggin’ bat-shit insane, and you’d expect that from the guy that gave us TIME CRIMES. It starts off as a film within a film, with a very conventional looking some b-grade, summer, alien, action flick and then swerves the viewer into realizing they’re watching a film clip on a laptop. This is the first time the film messes with the viewer and there’s a lot of that to come.

Even in the laptop format, it starts off sensical and rooted in reality… but then it leaps into an almost absurdist /surreal manner, featuring spying technology that can’t and shouldn’t exist — and Wood even comments on that a few times, “How is this possible?” It’s the best kind of Comic book-y, James Bond tech, Sci-Fi. If you can get by that, and not think too hard about it, you can sit back and enjoy this weird mindfuck, because it just gets stranger and stranger.

OPEN WINDOWS is a very inventive and a lot of fun. The use of multiple formats really work. You’ll see Wood via a video chat window and Grey in another via a hacked cellphone, hear his antagonist in another app, and see the whole room from various angles via security cameras… all at the same time on one computer screen. It sounds confusing, but it really works. There’s some pans and zooms from window to window for effect (and to keep things interesting), but the whole thing basically feels like you’re looking at computer screen. Things then get really interesting when Wood has to grab his laptop and go on the run. Oh, yeah, and there’s some car chases too. Yeah, I told you, this film has it all.

This whole film has a very Hitchcockian vibe. It feels like a weird 21st century meld of REAR WINDOW and ROPE. And I’m not just copying the synopsis– it really does have that feel. You have no idea where it’s going. Wood goes from eager fan to a mindless puppet of a madman. He’s trying to help his fixation but is forced to obey that menacing disembodied voice that’s pulling his strings… after all, the last thing one wants to do his harm one’s idol. You think you know where the story is going but suddenly other characters enter the picture — at that point, forget everything you think you know. This film just goes absolutely nuts in the best possible way. Twists and turns pop-up… literally, in the form of onscreen pop-ups. It’s little things like that that keep this film intriguing as all hell.

It definitely keeps the viewer on its toes. Sure, you can over analyze it and say it’s a comment on how we’re too plugged in we are in the world, and how it reflects that we don’t have privacy anymore, how there’s bits of art imitating life and deeper subtext with some of the scenes and the characters, but at its core it’s a high-octane thriller.

The score, by Jorge Magaz, is also awesome in spreading the tensity and the feeling of unease and the film also features the classic 1977 Suicide track Ghost Rider very prominently. It’s heard throughout many times and is even referenced by the characters. Which is great, because if there’s any track that captures the feel of this film it’s that one.

I know this film won’t be for everyone, but I really enjoyed the hell out of it. If you want to see a fun, ridiculous thriller in a very non-conventional manner, give this one a look.

Do I need to explain the plot? Do I really need to mention that some beavers get infected with toxic waste and start becoming ferocious undead woodland critters? That’s really all you need to know. Just sit back and enjoy the meta ride of hilarious gory awesomeness.

I love how this film, like CABIN IN THE WOODS, plays with the clichés and tropes of the horror genre.  If you’re looking for characters to root for, this ain’t it… and the film’s very conscious of this. In fact, a lot of them aren’t very likeable at all… and that’s okay because you’ll want to see the Zombeavers rip them to shreds, only will their dysfunctionalness rip themselves up first?

And just when I thought I couldn’t love this film any more… just when this film featured every gratuitous gratuity that horror has to offer… they fucking raise the bar MID-FUCKING-FILM and show us what happens to survivors of zombie beaver bites… yeah, it’s even better than you think. Everything and moment in this film pays off.

And the beaver puppet creature effects? Outstanding. You’ll laugh. You’ll cry. You’ll get creeped out over how horrifyingly adorable they are. They’ll chew their way to the top of your fave movie monster list.

The sold out crowd absolutely ate this film up (no pun intended) and a second showing was added– also sold out. And with good reason. This film is smart, funny, and gory as all fuck. Some of the most brutal bits of gore and dismemberment I’ve ever seen. And yes, I’m talking about all kinds of members here. Yowch. In all my years of going to Fantasia, this film had one of the best crowd reactions I’ve ever experienced.

Very clever, very funny, very gory, and very entertaining. This film is everything you’d hope for and more. Perfect film for any fan of twisted humour, B-movie cheese, and ridiculous horror. Get your buddies together, watch this film, and celebrate our national animal in zombified form.

On the subject of zombified national animals, this opening short film was appropriately enough an entry from Australia dealing with contaminated water and… Kangaroos… and you can see where this is going. If not, check the above creature effects? Isn’t that adorable? Don’t you want to see this?

Short & sweet (in the most creeptastic of ways), and leaves you wanting more. This one’s definitely worth seeking out. A lot of fun and the perfect double bill for ZOMBEAVERS. My only complaint is I wish it was longer. I want to see a full length film about this. Find more info about this beautifully awesome concept here: 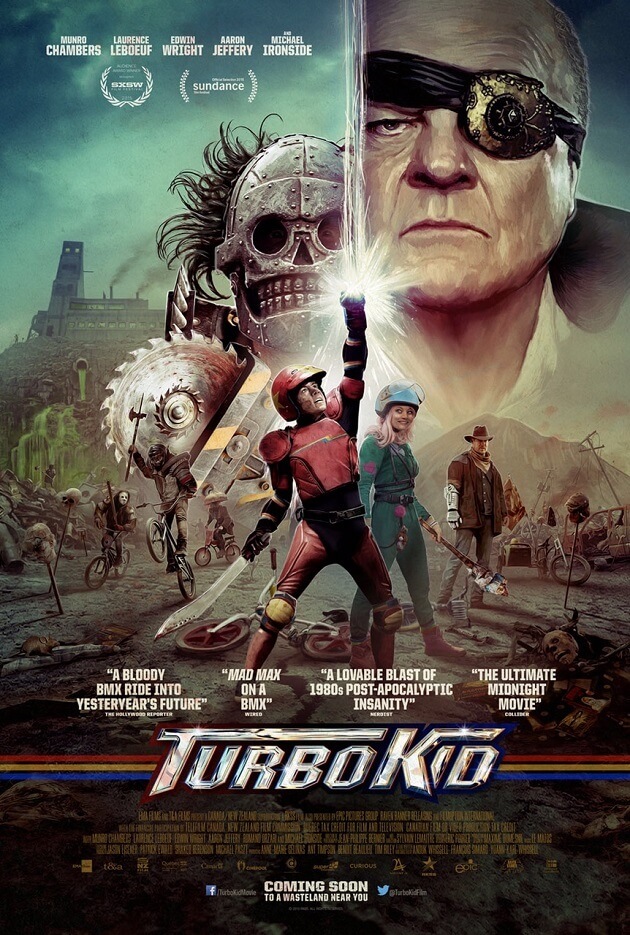