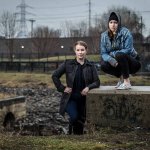 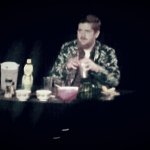 My second show on Thursday was Danger Unit. Since one of the mob bloggers had covered him last year at the SOLOS Festival, I was very curious to see what this show was all about. A solo show performed by Jeff Gandell, his only props were a folding chair and his arms. He introduces us to his friends who are all very different in their mannerism but like any clique of boys, they all have a common interest. Together they formed Danger unit, a vigilante group determined to fight crime and evil and save the world.

What crime and evil you ask?  The AIDS epidemic, the satanic daycare sex abusers and the Tylenol poisoner.  You see, Jeff takes us back to the 80s with his A-Team and All in the family references. The Night Rider Music theme made sense and it all started coming together.

At first the random burst of music and singing confused me but then I remembered I was listening to the story of young boy. Submerging myself into that time, when I too was a kid in the 80s. Rocking out and singing what you did that day was a daily routine. What a blast from the past.

Jeff Gandell is a strong performer. Never breaking character, he captivated the audience and amused us with his 80s flashbacks and songs.

I have a few more reviews to come so stay tuned and thanks for supporting the mob. 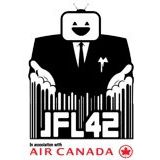