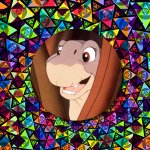 The Greatest Motorsport Show on Earth – The Isle of Man TT

Every year on a little island located in the Irish Sea the greatest motorsport show on earth takes place. It’s called the Isle of Man TT (Tourist Trophy) and if you want to try it, be sure to bring a wheel barrow for your balls because they’ve gotta be big for this event. It’s been long considered the most prestigious motorcycle race in the world.  What makes it special? The race is run in a time-trial format on public roads that have been closed for racing. And the crashes are extreme.

The 2012 Isle of Man TT was held between Saturday May 26 and Saturday June 9.

A single lap of the Mountain Course is 37.73-miles.   Averaging 100mph it would take twenty-three and a half minutes just to go around once… while doing your level best to avoid hitting the fans who are happily fueling up on high-octane local beer along the route. In post-war British rocker culture tuning a motorcycle to achieve 100 MPH – or “the Ton” in local slang – was a badge of honor to those capable of achieving this extraordinary feat.  In 1957 two riders John Surtees & Bob McIntyre both managed to ‘ton-up’ and recorded the first ever 100mph average speeds in the courses long & distinguished history, making world headlines.

The Isle of Man Mountain Course: The most challenging motorcycle race in the world.

The current lap record is held by a fellow named John McGuinness who clocked a mind boggling lap time of just 17 minutes and 12.3 seconds. McGuinness race time for six laps (total. 226 miles) 1 hour 46 minutes and 3.06 seconds at an average speed of 128.078 mph.  He’s the guy in the video clips sporting the #1 plate.  So far McGuinness has collected a total of 19 trophy wins at the TT… now that’s just downright heroic.

As you will see in these videos, the circuit is actually threaded through a series of townships.  The route is lined with trees, old walls, tall curbs and cliffs – all of which are not particularly friendly to an out-of-control 150mph+  motorcycle, or its pilot. Unsurprisingly, the Isle of Man TT has reported more race fatalities than any other location in the world. This clear and obvious danger certainly adds some cache to the brave souls who race there.

I suspect those that have crashed their last time at the TT probably choose to remain there as ghosts… in motorsport heaven.

How you can Provide the Ideal Protection To your Data

Numbers Increase As We Count…